I've been asked to speak to the European Commission's Radicalisation Awareness Network (RAN) on "Ethical challenges for governments in using new technologies in preventive efforts" (I'm just one person on a panel of three talking for 10 minutes). I needed to write out my notes somewhere I could read them, and thought you (dear reader) might be interested too. 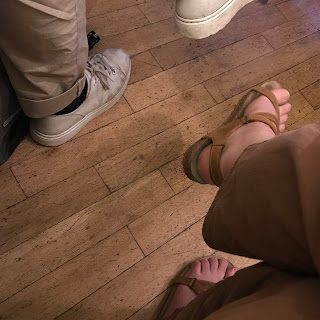 Science failing to find correlations between social media use and polarisation

There is this weirdly dominant narrative that social media drives political polarisation. It's not just that I have another good explanation for polarisation , it's also that this scapegoats what might actually be a useful technology, and/or confuses the real problems of social media manipulation and disinformation. I run across these papers occasionally but have been having trouble keeping track of everything, so this is a perpetually under-construction blog post, which goes to show that I've lost control of my Website because in the old days I'd just be making a Webpage. https://www.pnas.org/content/117/6/2761 How social network sites and other online intermediaries increase exposure to news, Michael Scharkow, Frank Mangold, Sebastian Stier, and Johannes Breuer Shared Reality: From Sharing-Is-Believing to Merging Minds E. Tory Higgins, Maya Rossignac-Milon, Gerald Echterhoff  https://journals.sagepub.com/doi/10.1177/0963721421992027 Exposure to opposing views on soci