27.5.19
My landlady's grandchildren are visiting. The boy (10) has been sent to talk to me since he's studying robots and AI at school ("the coolest thing was we draw people who were half robots") but it emerges the girl (8) has a "pet" robot dog ('I want a real dog but I'm not allowed. But when I'm 10 I get a hamster!" boy: "MAYBE")

me: why are there different coloured lights around its eyes?
them: so we can tell its emotions 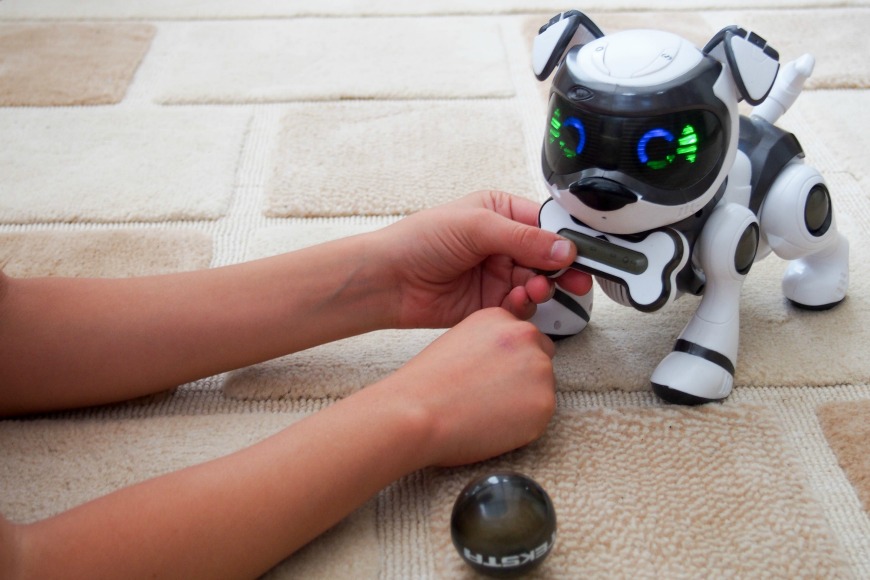 girl: it's named teksta
me: texter? it texts you?
girl: no, see (points at label) t e k s t a
me: oh, like gangsta
girl: [looks annoyed] maybe

It emerges that the dog can be made to do a flip, but it lands on its butt and falls over. They love this and do it a few times. After it gets up its eyes are red and it barks harshly.

girl (diagnostically, without affect): oh now it's angry
[ignores it, we are talking about books now]
the dog switches to another colour and whines
girl: oh, now it's confused
me: probably it thinks when it landed on its butt you hit it. If you pet it now it will probably be quiet
[girl pets the robot, it acts happy]
me: when you program a robot you decide how much memory to put in it. they could make it remember it just did a flip, but they didn't.
[both kids look interested]
me: it's not really angry, they just program that too
[both kids look annoyed, but maybe because you're not supposed to break the fourth wall THAT way]

Assuming a lot of kids are working this all out without roboticists around, are we teaching them programing, psychology, or both? Will kids prefer robot dogs that are more realistic or more like their society tells them they should behave themselves, or more compliant?

Honestly, I worry we have so little interaction with real animals now we have no idea what other minds can really be like.  If we just look at animals in zoos occasionally we'll only anthropomorphise them like they were characters in children's books. Dogs have been and are being bred to conform to human behavioural expectations, cats are thought of as deliberately aloof and more or less ignored. It's different when you work daily with a fellow (less domesticated) animal even if it's only to milk or sheer it. My grandparents were raised on farms before tractors and had a very different understanding of dogs (having worked with them on herding), birds, and gophers than our neighbours in New Jersey.

BTW with respect to gendering AI: the teksta robot dog is meant to take voice commands, but can only "hear" the boy not the girl, unless she speaks "loudly to [the microphone] in a VERY LOW VOICE."  But she is also younger and I know from my days at LEGO this could also be about the length of her trachea. But the robot not only has a microphone, it has a camera and is apparently VERY good with hand gestures...I wonder what its cybersecurity is like.
AI ethics life