8.5.18
I was at a Chatham Rules meeting on AI and Law / Governance last weekend. Everyone was smart, but a minority openly believed in Artificial General Intelligence, AGI.  This was mostly magical thinking, assuming that infinite computation could be had for free, one person even said they expected the world to be "post-scarcity" within 10 years. We will never be post-scarcity for time or space, though I can believe that given the limits the nature of our species sets on those two things, we can be effectively post-scarcity on energy, maybe soon. But even if we achieve that, that will only be the beginning of a solution for sustainability.

Still, it was interesting to see what work these individuals' beliefs about AGI was doing in their theory of governance. Earlier this year, I wrote that there were two definitions of AGI and addressed and dismissed them in a footnote,  but now I see people are using a third definition we cannot entirely dismiss.

I want to delineate these here, mostly to draw attention to what is happening with AI now. In so doing, I will point out that I predicted 2016 in 2014, in a book chapter published in 2015.

Thus many of my colleagues as they discussed a near-future AGI that took over various problems or powers from humanity wound up re-describing already existing problems of governance and law with the addition of technology.  Some of that work is very useful, but we need to embrace the fact we are describing ourselves, the superintelligent species, the apes with the AI.  Because we need to address these problems now, not prepare for them in 20 years. And possible solutions do not include agency or consciousness detectors riding on top of every neural network. Unfortunately, it's more complicated than that.

Problems of living with A(G)I

Here below is a more detailed description of how society is altering under AI and modern ICT. I wrote this in 2014, it was published in 2015, and then made manifest in a couple of elections in 2016. It's 2018 now.  We need to fold all this exciting work on AGI into the maybe seemingly more mundane but actually fantastically beautiful and complex problems of governance and education we have in front of us today.  The full book chapter is here: https://link.springer.com/chapter/10.1007/978-3-319-15515-9_15  an open access version is here: http://opus.bath.ac.uk/41580/ 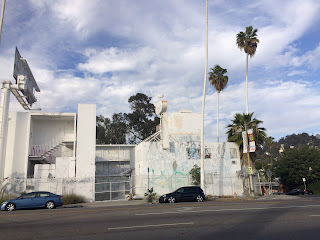 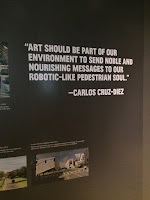 There is this weirdly dominant narrative that social media drives political polarisation. It's not just that I have another good, published explanation for polarisation  (Science Advances) – it's correlated with economic precarity, and we now have data indicating it may be caused by it as well . Basically, trust is a luxury good, you deploy it when you are not at great risk . But also, I am really worried about the constant scapegoating of what may actually be a useful technology (there are actually also big polarisation message effects in conventional media), and it may be confusing the real problems of social media manipulation and disinformation. Note:  this is a perpetually under-construction blog post (in the old times it would be a Web page). The most interesting, recent articles are actually at the bottom https://www.pnas.org/content/117/6/2761 How social network sites and other online intermediaries increase exposure to news, Michael Scharkow, Frank Mangold, Sebastian