1.1.17
Glühwein or mulled wine are things a lot of my friends try to make with varying success, and I've also tried to make with no more to middling success -- up to yesterday.

The trick I was missing is that you basically need to make sort of a syrup in advance, THEN add most of the wine right before most people turn up.

This recipe was a good mix between the overly simplistic and the overly spiced / involved versions I found on line.  It's in line with my favourites from Austrian Christmas markets, though not as strong (I think sometimes people add schnapps).
I use decent but not great wine for this.  You can taste really poor wine through the spicing, but it's hard to taste really great wine through it.

If you're doing this for a party, you should use the rest of the apple cider for mulled cider so no one is left out! Mulled cider is just a 1/3 gallon of apple cider (again, that awesome farm fresh kind of apple juice, no alcohol), and two cinnamon sticks left simmering for 30+ minutes. Warning: if this goes on for hours, even if you keep adding more fresh cider, it basically turns into sugar. Which of course kids love :-)
food 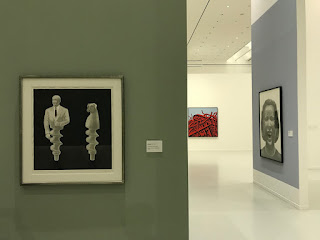